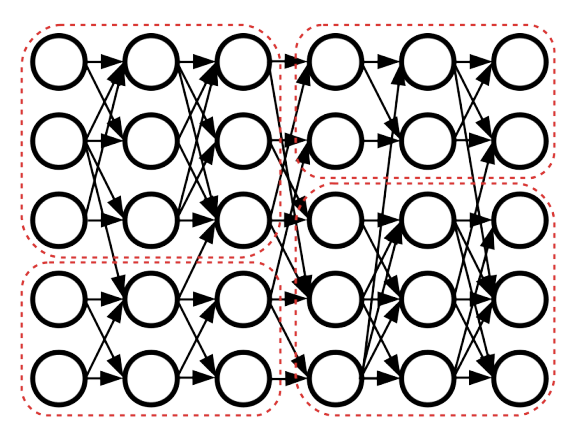 In the paper, the authors divide the neurons of neural nets into clusters with high connectivity within each group but not between groups. They find that in many conditions, neural networks trained with pruning and dropout and CNNs trained for ImageNet classification are significantly more clusterable than a random neural network with the same distribution of weights. They also explore ways of changing the training process, such as regularization, to create nets that are more neatly divisible.