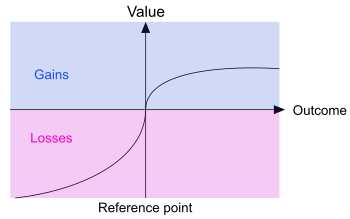 Human decision-making underlies all economic behavior. For the past four decades, human
decision-making under uncertainty has continued to be explained by theoretical models based on
prospect theory, a framework that was awarded the Nobel Prize in Economic Sciences. However,
theoretical models of this kind have developed slowly, and robust, high-precision predictive models of human decisions remain a challenge. While machine learning is a natural candidate for solving these problems, it is currently unclear to what
extent it can improve predictions obtained by current theories. We argue that this is mainly due to data scarcity, since noisy human behavior requires massive sample sizes to be accurately captured by off-the-shelf machine learning methods.
To solve this problem, what is needed are machine learning models with appropriate inductive biases for capturing human behavior, and larger datasets. We offer two contributions towards this end: first, we construct “cognitive model priors”
by pretraining neural networks with synthetic data generated by cognitive models (i.e., theoretical
models developed by cognitive psychologists).

We find that fine-tuning these networks on small datasets of real human decisions results in unprecedented state-of-the-art improvements on two benchmark datasets. Second, we present the first
large-scale dataset for human decision-making containing over 240,000 human judgments across over 13,000 decision problems. This dataset reveals the circumstances where cognitive model priors are useful, and provides a new standard
for benchmarking prediction of human decisions under uncertainty.